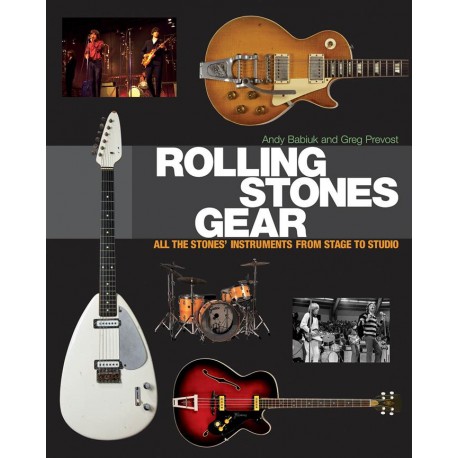 Rolling Stones Gear is the first book to historically document all of the Rolling Stones musical equipment. Its also the story of the Rolling Stones, but with a new twist: their history as told through the instruments they used. This book covers not only the groups personal background, but also every tour and studio session from their inception in 1962 to date, with detailed documentation illustrating what instruments and equipment were used during these periods. Every song recorded by the band, including demos and out-takes are also documented, with input from within the Stones ranks as well as from people who were involved with the band. This lavishly illustrated book contains hundreds of photographs and rare images, many of which have never been published, including the Rolling Stones actual guitars and equipment, which were specially photographed for this book and are seen here for the first time. Whether you are a musician, a Stones fan or just the casual reader, you will learn many new facts about the band from their monumental fifty-year existence.